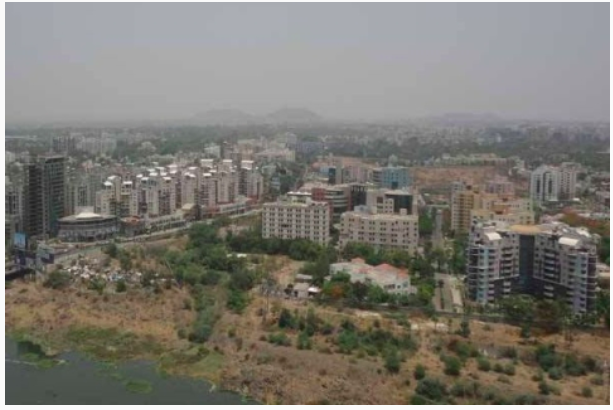 India faces a growing urban population, with cities constantly playing catch-up to develop and manage the infrastructure required to keep this population afloat.

Urban residents in India will account for 52.8 per cent of the population in India by 2050, as compared to 34 per cent today.

Regarded as a ‘pensioners paradise’ in the past and known for its high intellect, Pune today has become a magnet for the young, owing largely to a boom in IT industry, growth in educational institutions, smooth connectivity with Mumbai, and a favourable climate.

This growth comes with massive challenges including that of access to opportunity, space, technology, infrastructure and safety, all balanced with preservation of the environment and natural resources.

To this end, the Pune Municipal Corporation, integrating with the Smart Cities Programme, has a large-scale plan for development and urban renewal of the city, focussing on infrastructure, housing, smart energy grids, ICT solutions for better governance, beautification, as well as increasing water supply and sanitation.

Within these future plans, there is a need to integrate safeguarding of natural resources of the city, especially water security, to ensure a more sustainable ‘smart’ future.

Pune city is surrounded by agrarian villages that have provided the land to support its geographical growth: smaller townships such as Hadapsar and villages such as Aundh, have undergone rapid transformations from largely agrarian areas to developed industrial, IT and residential hubs.

Through the Smart City Project, new areas such as the Aundh, Baner and Balewadi (ABB) are being further developed, with gated communities, parks, marketplaces to support the lifestyle needs of a growing young city.

What is somewhat lacking in all the development efforts is consideration to natural surroundings and resources, that directly impact the functioning of the city.

An ongoing study by WRI details that in 10 of India’s most populous cities, including Pune, over a third of the development in the last decade has been conducted over natural recharge zones or low-lying areas typically prone to flooding.

Pune’s built-up cover was the highest by a leading margin at 412 per cent within a 50km radius from the city centre.

It is, therefore, imperative that preservation of natural resources, lakes, streams, wetlands, and infrastructure development is integrated both from a disaster management perspective as well as access-to-utility perspective.

In August 2019, Pune experienced floods after water released from three upstream dams in the district entered housing societies and slums below (at 40,000 cusecs) the marked flood lines (at 60,000 cusecs) of the Mula- Mutha river.

Again, in September 2019, high-intensity rainfall made the Katraj lake overflow, which caused the rivulet Ambil Odha breach its banks, flooding the extensive infrastructure built on the flood banks.

Rivulets such as the Ambil Odha are an important part of the natural storm water drainage system of the mountain range that have not been considered in the rapid expansion and development of the city.

It is, therefore, important to preserve existing natural green infrastructure of the city, build more permeable surfaces and wetlands, as well as plant more indigenous trees and increase infiltration and reduce stormwater runoff.

Insufficient systems to capture excess water into rainwater harvesting systems has resulted in a constant shortage in supply of water for the city whose current demand for water stands at around 1357 MLD, with a gap of over 200MLD, likely higher in reality.

As a result, the city buys water from 5,000 tankers on a daily basis at a cost of Rs 12 lakh to Rs 16 lakh to every residential society in a year; a substantial drain on the financial resources of a city that contributes close to 10 per cent of the state’s GDP.

There is unchecked ground water abstraction in the city through almost 6,000 dug wells and borewells, fast depleting these resources.

One such area that suffers from poor water supply is the new ‘model’ ABB suburb.

The water stress on this area is likely to increase further with the construction of the Pune Metro line connecting Baner to Hinjewadi, the largest IT park in Maharashtra that accounts for 7 per cent of IT exports from India.

The new line will shift the residential load of the IT sector from Hinjewadi to Baner, projected to grow fourfold in this decade alone.

While the planned metro caters to the various transport needs of the city — leisure, work, education, decongestion et cetera, city planning must consider the uneven distribution of water.

Kharadi, located on the eastern side of Pune, is another village area that was merged into Pune and has grown over the years, along with Magarpatta and Yerawada, into an IT hub and residential space.

It is home to several multinational companies from which the PMC earns an annual revenue of over Rs 100 crore.

However, this fast developing suburb of Pune, with a population of 2.5 lakh and growing, faces severe water shortages and is heavily dependent on tankers.

Pune has the capacity to become a model for the Smart Cities Project, by going beyond current thinking and ensuring that there is a multi-sectoral approach in planning, bringing together relevant sectors from housing and infrastructure to water, agriculture and environment.

The city is one of the few where local representatives have been included on the board of the Special Purpose Vehicle (SPV) and are closely involved in planning and implementation.

Public representatives have the opportunity here to work with their constituencies and bring in greater transparency in the planning process.

While this is an important step, it is equally necessary to ensure availability of data in terms of actual water availability, future needs, groundwater reality to better inform decision-making.

Some steps have already been taken in this direction through 50 Environmental sensors (ES) to monitor critical parameters of sound, temperature, air quality, noise pollution et cetera, and 30 flood sensors for the Mula-Mutha river.

The proposed water meters to be placed along pipelines to monitor supply under the PMC 24×7 water supply project could also be key to integrating water in the planning of infrastructure, thus aiding in curbing theft and controlling leaks.

However, the current system of planning is supply-side driven and focusses on drawing more water from surrounding dams and needs to bring in more demand management along with conservation and environmental protection.

The boom in Pune creates a potential for greater awareness, education and effort to adopt demand management more widely.

The, the onus lies not only on governance structures but on the people as well.

Although rainwater harvesting has been mandatory for larger societies in Pune since 2007, and the PMC gives a 5 per cent rebate in property tax, the number of properties applying for the rebate has increased nominally by 194 in 2018-2019, to 1,778 up from 1,584.

In an encouraging development, the Pune Metro is set to adopt rainwater harvesting, which could set an example for integrating the practice in all public infrastructure.

There is a need for larger strategic planning and placing greater responsibility on industry and economic zones with the potential introduction of a green fund for water security.

Development without focus only serves to create an unsustainable loop, where a solution eventually becomes the problem; ultimately putting the stress on the citizens themselves and adversely affecting the overall economic development of the city.

Water-prudent urban development that balances development goals, human ambition and environmental needs through integrated planning can significantly improve the city’s resilience to both natural calamities, create a more water-secure future and make Pune a model for the country.

(Ambika Vishwanath is a co-founder of Kubernein Initiative, and a water security and diplomacy expert. Siddharth Shirole is an elected member of the Legislative Assembly of Maharashtra. Sahil Deo is a co-founder of CPC Analytics, a data-driven policy consulting firm with offices in Pune and Berlin.) 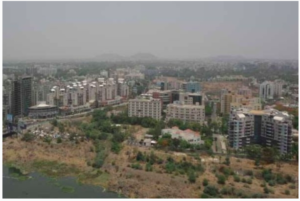